This is the story of Rosario

Rosario is pregnant and lives partly with her mother in a violent neighborhood in a city in Colombia, and partly with her boyfriend's family in a nearby area. She has not attended school for a long time because of problems in her family.

My life is very complicated. I live in two places, with my mother and with my boyfriend and his parents. My mother doesn’t want me to live with my boyfriend, she thinks things go wrong there. I worry about seing my mother in distress, because she's ill. I don’t know my father, he was killed when I was a small girl, so I just have the support from my mom. My mom doesn’t work so I can’t ask her for many things and I don’t want to make her more worried than she already is.

I'm eight months pregnant. When I learned that I was expecting a child I started to cry because I'm a child myself. I told my mother and she said: 'Now you will see what struggling is.'

My boyfriend is 16 years old and he does nothing. He just eats and goes to the streets, eats and goes to the streets. He doesn’t work or study. I've been living with him for a year. I knew that if you have sexual relations with a person, you have to protect yourself against pregnancy. I was afraid of having sexual relations with him. But I didn’t know anything about how to protect myself.

During the pregnancy, I've been angry, I've been sad. I cry all the time. I actually got pregnant a year ago but I lost that baby. I didn’t want to be pregnant again, but if God has sent me a child, I have to accept him.

I will give birth in a clinic nearby. I'm nervous. I want my mother to accompany me. I have joined this group for young mothers. I like it because they teach me how to carry a baby, breastfeed him, give him everything. 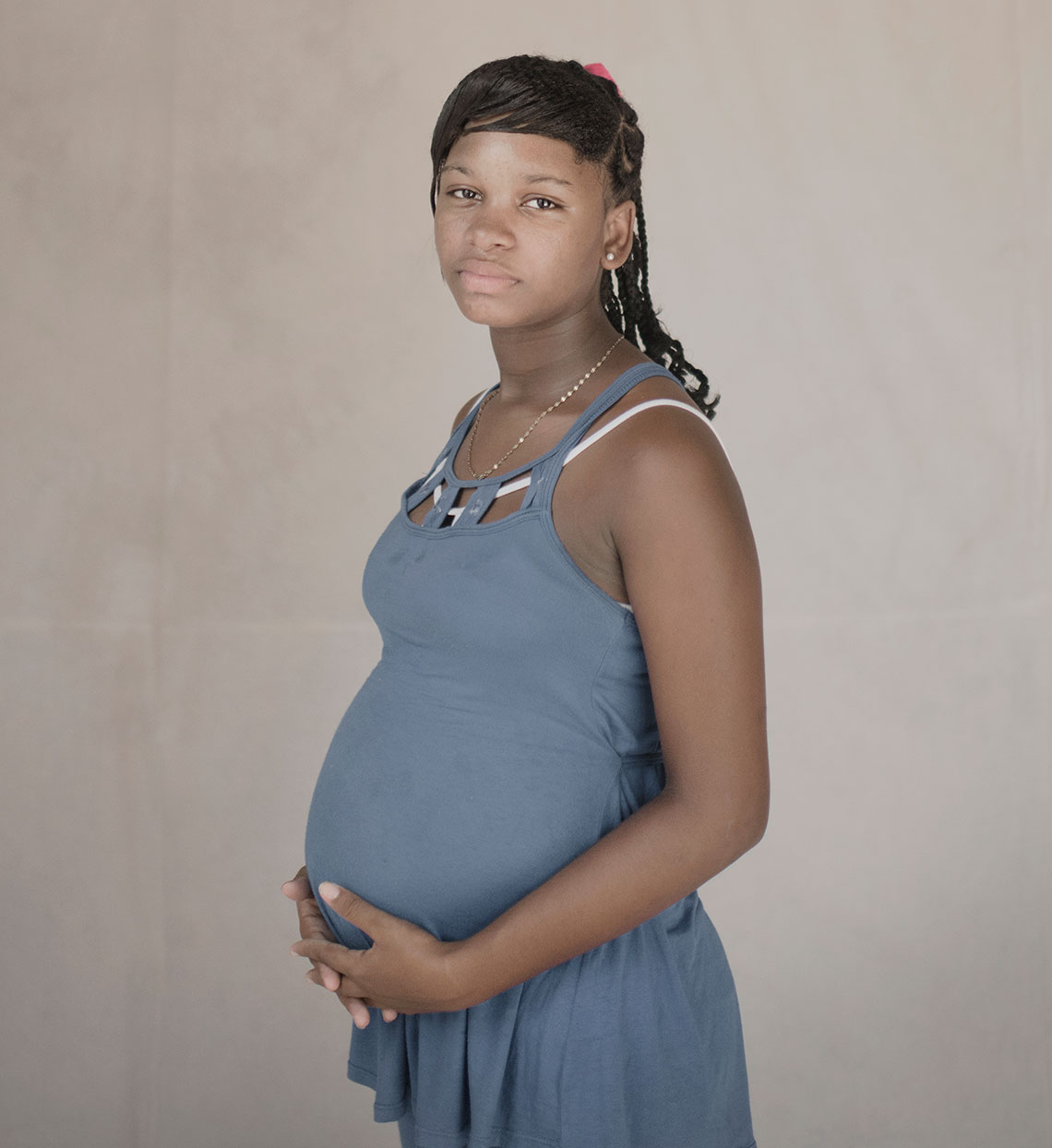 HIV
Child, early and forced marriage This is the story of Nargis