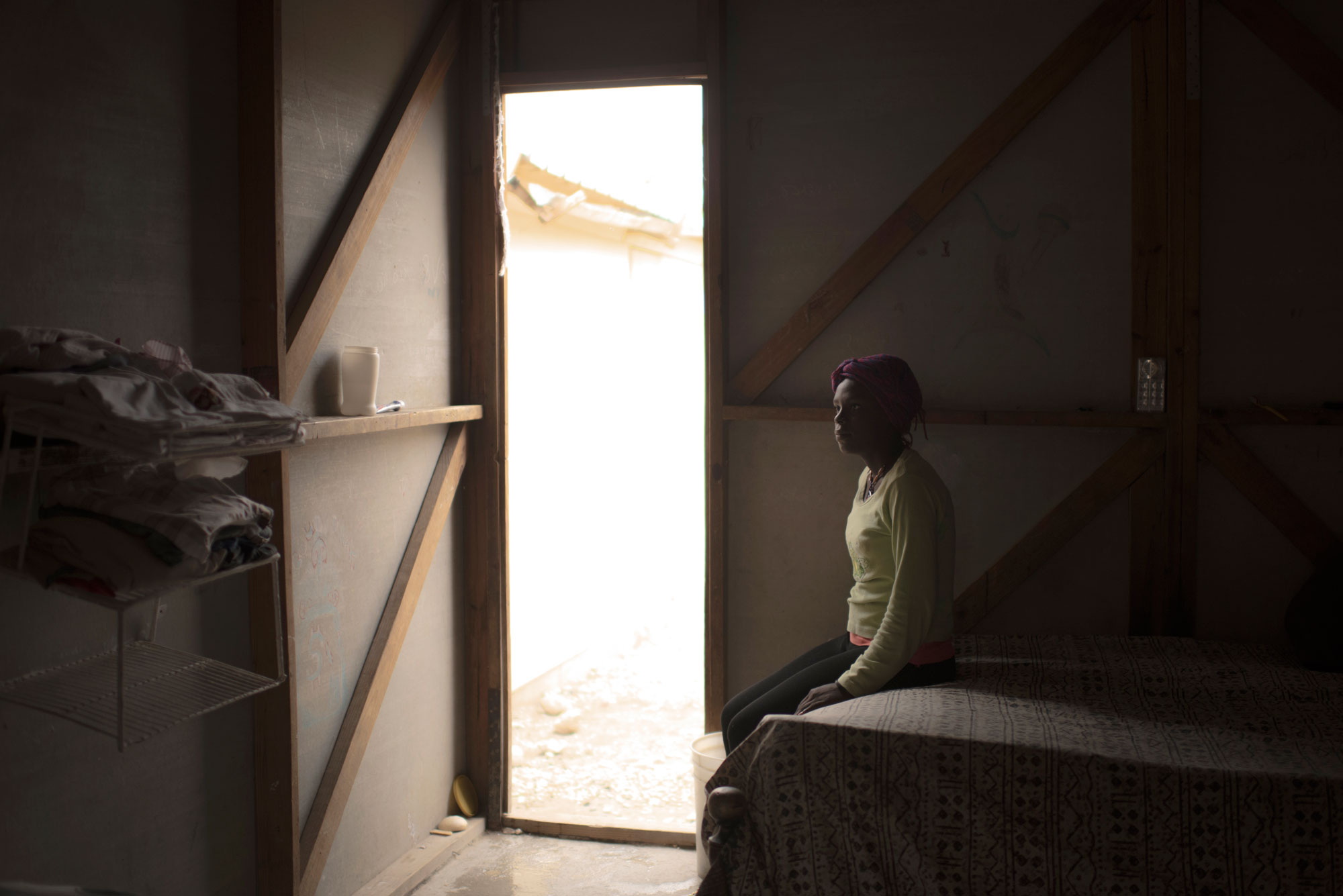 For the past five years, Elianne has lived with her father and her two siblings in a camp for internally displaced people following the earthquake in Haiti in 2010. Elianne became pregnant with her boyfriend and had to leave school. When she was seven months pregnant, she gave birth to a son who died shortly after.

I was seven months pregnant when I felt a pain in my lower belly. After a week, I decided to go to hospital to see what was wrong. Each hospital I went to refused me because they said my condition was very serious and that the baby or I could die during delivery.

Each clinic told me to go somewhere else. When I finally arrived at the hospital, my sister and I spent several days outside because they wouldn’t let us in. I was really suffering there on the street. When they realized I started to have big contractions, they took me inside. They gave me medicine and after lots of pushing, my baby boy finally came out.

He was so small. They put him in an incubator and they would call me every day so I could go and see him. I was so tired. Then, after six days, he died. They told me he couldn’t breathe well and was too small to survive.

We didn’t have a funeral. The hospital didn’t even give his body to me. The day he died, I was the only one at the hospital so afterwards I went home and my family took care of me.

I don’t feel anything. I’m not sad, though. I didn’t want to have a baby. When I discovered I was pregnant I cried. I knew my parents wouldn’t send me to school anymore. And I also realized I wasn’t mature enough to have a baby.

I met my boyfriend near my home, in a park. He came over to me and we started talking. Not long after, we fell in love and he became my boyfriend. We spent a lot of time together.

When my parents found out about my pregnancy, my father chased me out of the house and threatened to hit me. My parents were not happy. They suggested I should get an abortion but I didn’t want to. I later agreed to take a pill but then it didn’t seem to work. Neither did the herbal treatments with leaves that they got me to drink. Nothing worked.

I don’t know what I want to do in the future. I want to first finish my education and then find a job. When I have enough money, I would like to have a family. I’d like to one day go back to Port-au-Prince, where I lived before our house was destroyed in the earthquake. I’ve been in this camp for five years now and don’t know how long I’ll stay.

In the future, I’ll make sure to protect myself. My sister works at the health clinic nearby and says she’ll help me get contraception if I need it. They say once you’ve had a baby, you can get injections or pills, but if you haven’t had a baby they will give you condoms. I don’t have a boyfriend right now so I don’t need that.